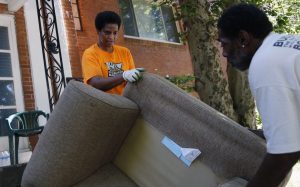 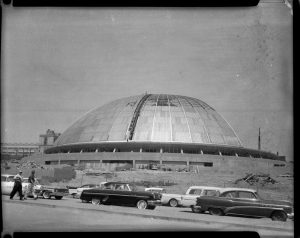 “When The Arena Came to Town”, Sala Udin is one of the thousands of Lower Hill residents displaced by “urban renewal”; the trauma endures to this day … Anthony Bourdain’s Explore Parts Unknown on CNN, October 2017

“The parallel pursuit of Amazon HQ2 and an equitable ‘city for all.’ Can they co-exist?” A concerted and costly effort to attract a tech giant to Pittsburgh raises questions about what kind of development project would in fact be suitable for all Pittsburghers …PublicSource, October 9, 2017

Beltzhoover community or leave its longtime residents behind?” Residents in a south Pittsburgh neighborhood see big potential in a park redevelopment project, but who will benefit? …. PublicSource, August 31, 2017

“Community Play-Creation,” Outdoor play is good for children and teens, but it’s even better when they participate in creating the spaces where healthy play happens …h Magazine, 2017 Issue 1

“Nine Mile Run,”  The US Army Corp of Engineers helps redeem a Pittsburgh neighborhood watershed from what was once a Steel City wasteland … geez, Issue 41, Spring 2016